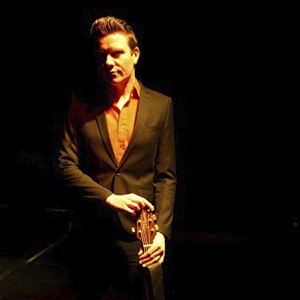 Originally from Belfast, Northern Ireland, Dan Donnelly has been singing, playing and writing music since an early age. He started his career as singer and songwriter in critically acclaimed Belfast band Watercress and penned many of their most popular songs including “Candlemaker”, which reached number 1 in the Irish indie charts and “Stars Shine On”, which also topped the same chart. He has played in many guises all across the globe, supporting bands such as, Air, The Levellers, The Darkness, Duran Duran, Ian Dury and Turin Brakes, to name a few.
In 2000 Dan moved to New York where he became a regular fixture on the live music scene and paid his dues in the clubs and cafes that have cut the teeth of many songwriters. It was here he formed the New York based band Sonovagun who packed venues throughout the Tri State area consistently. He has gained considerable recognition as a solo singer and songwriter in recent years, both in Europe and America.
Dan has supported Seth Lakeman twice on sell out tours of Britain. In the past 4 years he has played at most of the major music festivals in the UK, including, Beautiful Days Festival, Glastonbury Festival and The Big Session Festival. These popular performances gained him a nomination for the 2009 “UK Festival Awards Critics Choice” category alongside artists such as, Thom Yorke, Lily Allen and Mercury Rev.
Dan’s latest solo tours have brought him around England, Ireland, America, Canada, Germany, Austria, Denmark and New Zealand. His country cover of ‘Paradise City’ by Guns and Roses has been popularized by the Anchor Butter advertising campaign, ‘Made By Cows’. He is one of the only artists to have performed onstage regularly with both The Levellers and The Oysterband, two of the most popular folk rock acts in Europe.