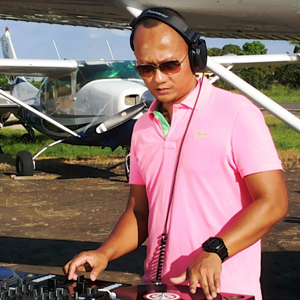 DJ Massive - Don’t call this a comeback; I’ve been here for years ...”

Ever since 1995, dance floors have been packed where ever DJ Massive is spinning in clubs. Some of these clubs in The Netherlands are: Escape, Off Corso, Marcanti , De Melkweg, The Zenith.

His passion for music started many years back in Surinam when he was very young and he first saw the video clip “rock it” of Herbie Hancock. “Scratching” has been his passion ever since and he traded in break dancing to be a DJ. He began experimenting on his parent’s turntable and a new DJ was born. Not long after, he began spinning for top drive in shows in Surinam, where he learned and mastered mixing songs.

Some highlights of his career are: After party General Levy, after party Adina Howard, Playboy party, Cosmopolitan party, TV performance at TMF, “The Pitch” and “Welcome 2 the pleasure zone”, Sexy Motherfucker, Heineken dance party and many Lustig Parties in Surinam.

In 2008 DJ Massive decided to immigrate to Suriname. Not long after, he started the first DJ School in Suriname: The DJ Factory, which is quite successful.

DJ Massive’s unique spinning style is best described as eclectic with a high energy level. Every time he’s behind the decks, dance floors are packed. So booking him for a gig is well worth it. DJ Massive: The right DJ for your event.