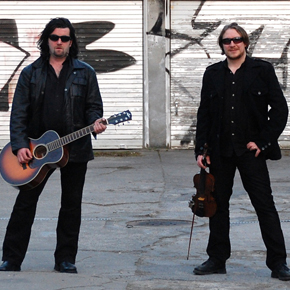 The Jones's, some years ago, Richie Harte from Dublin Ireland was travelling by train after playing a gig in the north of Germany. At the same time and on the same train, Tim Reese from Rügen was also travelling home after a gig somewhere. Richie's love of rock guitar mixed with Tim's love of playing fiddle brings something special to stages big and small all over Europe. From the smallest pub to the biggest open–air, they deliver the goods every time. The Jones's like to play C.R.A.P Country-Rock- And-Pop. So if you like your rock mixed up with country, traditional irish and blues, these are the guys for you.