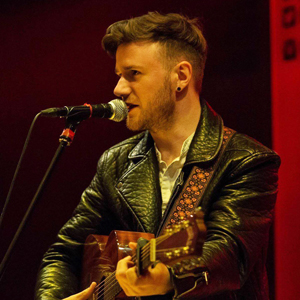 Craig Stuart is a London singer/songwriter, guitarist and percussionist. He is well travelled and experienced as a performer, busker and troubadour, tallying up nearly 200 flights in the last 3 years, singing in 6 of the 7 continents. Amongst Performing mostly across the Scandinavian circuit and London, he still manages to squeeze in a couple of trips to Greece, LA, Canada, Australia and a Ski & Snowboard resort in Austria.

Craig is as electric as they came, taking influences from everything from Ed Sheeran, Johnny Cash, Metallica to Eminem. This is a huge factor in what to expect from one of his gigs, his repertoire ranges from songs as early as the 40’s right up to the present day, and doesn’t believe in guilty pleasures, so he’s not afraid of a little classic 80’s or 90’s cheese.

Craig caters his song choices to the audience on the night, playing to the vibe of the room and not afraid to take a quiet room and turn it upside down, turning it into a night out rather than a night in. His shows are very interactive and always likes to involve the audience, whether it’s a chilled acoustic atmosphere to a hectic party scene, Craig is at the ready, taking song requests all with a twist of comedy on the mic to feed you some laughter. A night with Craig is a guaranteed good time.