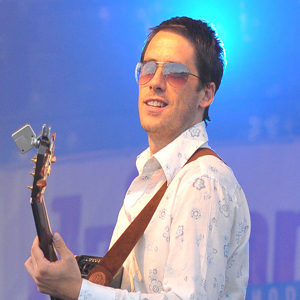 David Ross is a British singer/songwriter from Brighton and originally from Nassau, Bahamas. He has lived in Ireland for 3 years where he played several times daily in the bars of Temple Bar - Dublin. He also recorded his debut studio album there, collaborating with Grammy award-winning Irish band ‘Clannad’.

For the last 10 years he has been playing in various venues the length and breadth of Scandinavia. Also the last 5 years doing the winter tours of Thailand and Indonesia.

His 2nd studio album “The Road Is Home” was released last year. With the exception of Antarctica he has played live in every continent in the world in various countries in bars, cafes, restaurants, theatres, pubs and clubs. Playing all the genres and eras of 50’s to present day. Catering to all three main points:, ‘listening’ ‘sing-along‘ dancing’!