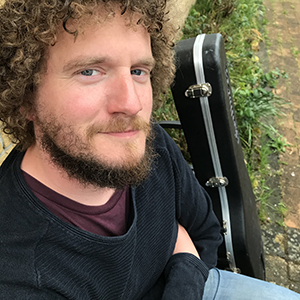 Henrik Svendsen has been a performer since he opened his mouth for the first time. Coming out of a the creative music scene of Silkeborg (DK) he grew up playing music with and sharing venues with members of Alphabeat and Shaka Loveless. Since then he has played in many bands and on many stages such as Voxhall with his own songs in the band Svendsen & Lodahl as well as Horsens Ny Teater as a frontman of the fierce Metallica cover band Metallijam. These days he starts the party and keeps it going in pubs, bars and at private events as a solo cover artist, in the duo “Tom & Henry” or fronting a six-man party band.

Knowing hundreds of songs by heart, Henrik has been described by some as a human jukebox. He plays danceable popsongs like “Get Lucky”, eighties classics such as “Take on Me”, sing-a-longs and classics like Kvinde min or Bad Moon Rising and a bit of Metallica or AC/DC if the mood is just right. Henrik gets the people in the back clapping and singing along - so come join the party!