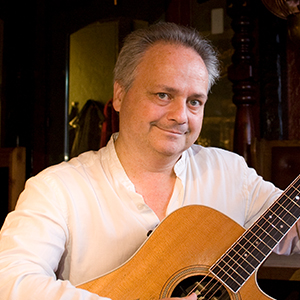 Ken Warner (Ireland) has played & entertained internationally for the last 32 years. From hard hitting rock covers to subtle folk music, blues and his own compositions he performs every song with definition and clarity. He played piano bar from the age of 17, then at 19 played in a five piece rock band traveling around Ireland. This gained him a considerable amount of experience playing to big audiences as well as T.V appearances. He travelled to the Canary Islands at the age of 28 and performed as a solo singer/entertainer for 8 years on the holiday scene before moving to Denmark where he has entertained for the last 12 years. Ken has also travelled and performed in Austria, Norway, Sweden, Finland, Estonia, Scotland & Ireland.