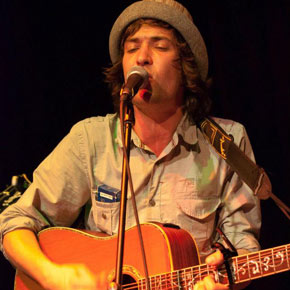 Kevin Rotheram, is a Derry born man from Ireland who lives in the city being attracted by its rich musical culture. He will never be shy to pull out the crowd pleasers from artists such as Oasis, Beatles and even Tina Turner to Creedance. Having come from a traditional Irish background of dancers and musicians, he also has a large repertoire of Irish music down in his original style always going down a storm. The last five years Kevin aka Rozza, he has been touring and playing in various different bands with great success. The second long awaited second album is due for release this year, and you can be sure for a lively set of upbeat tunes and some songs with a twist.