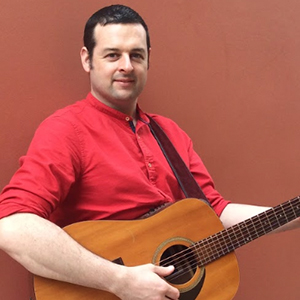 Niall O'Callaghan is an Irish musician originally from the small village of Mullaghbawn in County Armagh. He graduated with Honours in Performance Music from BCFE Rock School in 2015. He has been performing almost constantly in Scandinavia & the Baltic region for 3 years. Previous to this he played all round Ireland & Europe for about 15 years.

Though raised on Irish Traditional music he has crossed over into Rock, Pop, Folk and Blues. He has an expansive repertoire ranging from the 60's through to today's hits. From the Eagles to Green Day to Justin Bieber & Train. Niall’s performances are highly entertaining & include lots of audience participation leaving people happy with a night to remember.