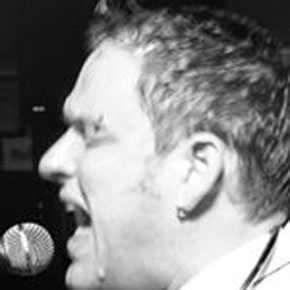 Roxy (aka Paul Rothapfel) is currently based in Manhattan, New York City USA while honouring contracts with Royal Caribbean Cruises. He is performing 6 nights a week to passengers on board the Explorer of the Seas and is endevouring to remain shore-side based in Manhattan and South East Asia. The best way to describe ROXY is a triple threat! with strong vocals, brilliant musicianship and a cheeky sense of humour, he has been rated favourite piano vocalist across 4 international cruise lines and 3 international 5 star hotel chains. Still known to have the largest repertiore of live music known internationally and a versatile range of styles, he has been described as one of the most impressive vocal impressionists around, artists include Neil Diamond, Peter Allen, Elton John, Billy Joel, Rod Stewart, Bryan Adams, Gordon Lightfoot, Neil Sedaka, John Lennon, Paul McCartney, Brian Ferry, Peter Cetera, Frank Sinatra, Tony Bennett, Michael Buble, Ray Charles, Stevie Wonder, Boz Scaggs and even Kermit the Frog... to name a few, but the real magic is in his own voice.With most probably the most extensive song list known by any one performer internationally (4000 songs and melodies including over 30 hours of continuous live band recorded backing tracks) he can cater to any taste using his three tools of trade, a grand piano, blues harp and his voice. Or if you want to get up and boogie you can with his extensive ‘Party Repertoire’ featuring custom (non midi) live recorded backings guaranteed to smoke up the floor and get your mojo going.